Some of your thoughts

Do you have a favorite topic?

Our journey flies by 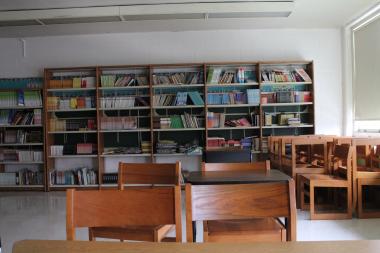 The unused library at Paderewski Elementary. CPS has 160 librarians for 661 schools, according to the Chicago Teachers Union. DNAinfo/Chloe Riley

CHICAGO — Leaders of a national organization of librarians are bemoaning cuts in Chicago schools that they say “makes it impossible for CPS to achieve its mission of preparing all students for success.”There are 218 librarians in 178 CPS schools, meaning 36 percent of schools have dedicated librarians,” according to Emily Bittner, CPS spokeswoman….I mean, really, why would reading or access to reading material be a priority to a HUGE public school system? (Question added by me.)

On top of that

For many who don’t understand the history of the great Chicago Public School teacher rip-off, here’s an excellent article written by Will Caskey. It is a six-minute read, worth every second. PLEASE take six minutes and process how insignificant our children’s education’s are to the powers-that-be in Chicago politics and understand why they MUST be voted into oblivion.

The Truth About the CPS Pension Fight

To understand why the Chicago Teachers Union is threatening to strike — and why Mayor Rahm Emanuel is lecturing them — you need to go back three decades in time.

But let’s start with the 2015–16 school year. Chicago Public Schools were definitely broke. They issued a budget with a mystery $500 million dollar hole. They borrowed and borrowed, to the point that CPS now is maxed out on the public debt market and is forced to issue private debt at exorbitant rates. CPS publicly mused that they might not make their pension deposits. They threatened to cut teacher pay and even to randomly fire teachers.

It was grim. But then Illinois state government came through for CPS, sort of. The Legislature passed a law allowing the school district to raise property taxes by $250 million for pension payments. They also said CPS could keep receiving $70 million in state funds even though fewer students are attending, and that CPS might get another $200 million if the Legislature passes a pension reform bill that meets Gov. Bruce Rauner’s approval.

This level of state funding leaves CPS functional — almost. In order to fill the remaining $200 million hole in the budget though, Mayor Emanuel wants to cut something called the pension pickup.

Basically, The pension pickup is a mechanism by which CPS pays for the employee side of pension contributions, to the tune of 7% of teachers’ salaries. It’s as if your employer started making your entire 401(k) contribution instead of merely matching a percentage of yours. It’s a pretty good deal.

Mayor Emanuel says that eliminating the pension pick-up will make Chicago Teachers Union “part of the solution.” CTU is so infuriated that they are threatening to strike.

And this is where we have to back into history.

Once upon a time, CPS ran out of money, and the Republican governor of Illinois and mayor of Chicago couldn’t agree on how to fix it, and CTU was really mad about it.

Sound familiar? It was in 1979. CPS ran out of money. Then-Gov. Jim Thompson and then-Mayor Jane Byrne blamed each other for the crisis and rejected each other’s plans to fix it.

Then CPS LITERALLY ran out of money and stopped issuing paychecks.

When the dust settled, CPS was placed into financial receivership by a State-created board. Teachers were understandably enraged that there was now no guarantee that they would receive their next paychecks. They also understandably wanted back pay for the time during which they all turned into interns.

To placate angry teachers, it was decided that CPS would make teachers’ pension contributions — in effect, granting teachers a 7% pay hike while buying CPS some extra time to figure out how to fill up the resulting hole in the pension system. Thus, the pension pickup was born.

This was a new twist on a familiar strategy: Chicago and Illinois governments have a long history of awarding future pension benefits instead of pay raises in the present, on the logic that actual pay raises mean spending money right now, while pension increases put off spending money to the indeterminate future.

That was, in technical terms, a truly terrible idea.

Because 7% of $14,459 (a starting teacher’s salary in 1980) didn’t sound like all that much to make up. But over the years, that teacher received annual raises — and probably a few more increases as well, for earning a master’s degree or taking on coaching duties. So by the time that teacher hit retirement, in 2014, the base pay was about $71,000. From then on, the teacher receives 3% annual cost of living adjustments based on salary at retirement.

So here’s the math problem that CPS apparently couldn’t-or wouldn’t-understand in 1979. The pension pick-up for that starting teacher was worth about $1,000 a year, give or take. But by retirement, the value of the pick-up had grown to $5,000 annually. And the 3% cost of living increase (COLA) means that, in 20 years, (through the magic of compounding) the pension pickup will end up costing the pension systems an additional $9,000 — per year, per retiree.

If you want to math it out, that’s $180,000 over an average retirement. It’s a pretty sweet compensation for a paycheck scare during the Carter Administration.

So it makes sense for Mayor Emanuel to ask teachers to start picking up that 7% again. Right?

Well, the problem is that we’re now asking today’s starting teachers to take a 7% pay cut — and keep in mind, the value of that 7% will increase year-by-year over the course of that teacher’s career. A teacher with a bachelor’s degree will lose about $150,000 over his/her career when you factor in contractual raises over thirty years. Teachers with advanced degrees will lose even more.

So Mayor Emanuel is asking today’s novice teachers to accept a pay cut that will accumulate to more than the cost of a bachelor’s degree at a top private school. That’s a gut punch to 20-somethings who are already worried about when, if ever, they will pay off their college loans.

Ah, but Mayor Emanuel says everyone else is chipping in for this, so teachers should as well:

HAVE Chicago taxpayers stepped up? Official numbers will come out with the Cook County Clerk’s office next year, but a decent estimate of the $250 million property tax increase comes to an additional $284 a year from the average residential property in Chicago. For kicks, let’s assume that the value of that average property will double in that time. So by 2046, the average homeowner will be kicking in an additional $575 a year. That’s about ONE-SIXTH of the amount that a novice teacher will lose THIS YEAR.

It’s true that the original pickup decision was a panicked, thoughtless attempt to triage an insolvent school district. And some people may believe that teachers should simply be paid less.

But there is no rational reason to say that CPS teachers taking a massive pay cut that will add up to hundreds of thousands of dollars over the course of their careers makes them part of a fair and equitable solution to the CPS budget disaster.

The solution with minimal impact is pretty simple: raise property taxes more. The Chicago City Council can raise taxes and transfer the funds to CPS; in fact, they already did so for additional school construction funds last year. Raising taxes by another $284 per year for everyone is not pleasant, but it is far less severe than a 7% pay cut for teachers. Seven percent of the median household income in Chicago is $3,300, over five times the size of that total potential property tax increase.

Many people will read this and conclude that Chicago cannot handle another property tax increase. And Chicago politicians are going to listen: Property owners disproportionately vote in municipal elections and Democratic primaries, so they have a lot more influence, even if it isn’t based on facts.

But eliminating the pension pickup won’t make CPS teachers part of the solution.

It will make them pay for prolonging the problem.